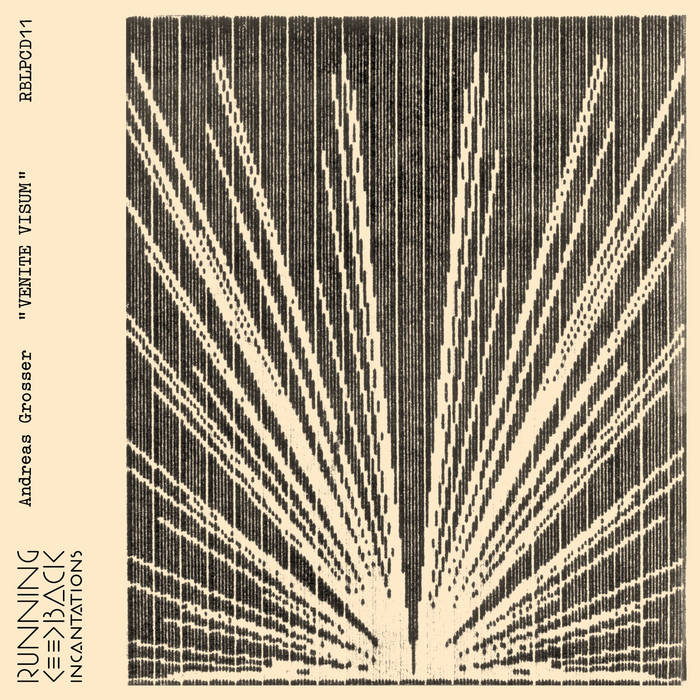 Running Back welcomes Andreas Grosser for the start of it's non-dancefloor series "Running Back Incantations". Think Tornado Wallace's "Lonely Planet" or Suzanne Kraft's "Missum" who both would have been good and early contenders for a series like that, and you are half way there. Andres Grosser though, was "there" and that way before. Probably best-known for his 1987 collaboration "Babel" with Klaus Schulze, Grosser is a bit of a dark horse in the universe whose big bang was krautrock and that went on to be called cosmic, space music or simply new age.

A native East-Berliner, Grosser crossed the Wall in 1981 and next to studying piano, his day job was to advise, sell, maintain and invent electronic music instruments. Naturally, Grosser had a good connection to and support from local Berlin musicians and groups, while working at night in his own studio and in those of others. Fast forward 37 years and Andreas is now one the worlds leading microphone technicians specialising in German and Austrian vintage types.

"Venite Visum" is an anthology of recordings made between 1976 and1980. Released in 1981 on UK's York House Recordings as a cassette tape only, it features some of the most out there, hypnotic and still state-of-the art space music ever to be known to man. For the first time transferred onto vinyl, compact disc and available as a digital download, it was perhaps best described by one reviewer at the time as; "powerfully relentless, repetitive themes which are constantly embellished and subjected to variations in tone colour and instrumentations. The music surges, coming in waves that approach and recede, but with each surge the waves seem to be higher up the shore."

Now carefully transferred from an archived tape, remastered and compiled on a double album for the first time, it features the previously unreleased and not less mesmerizing "The Quantum Leap". Come and visit the hidden and almost forgotten