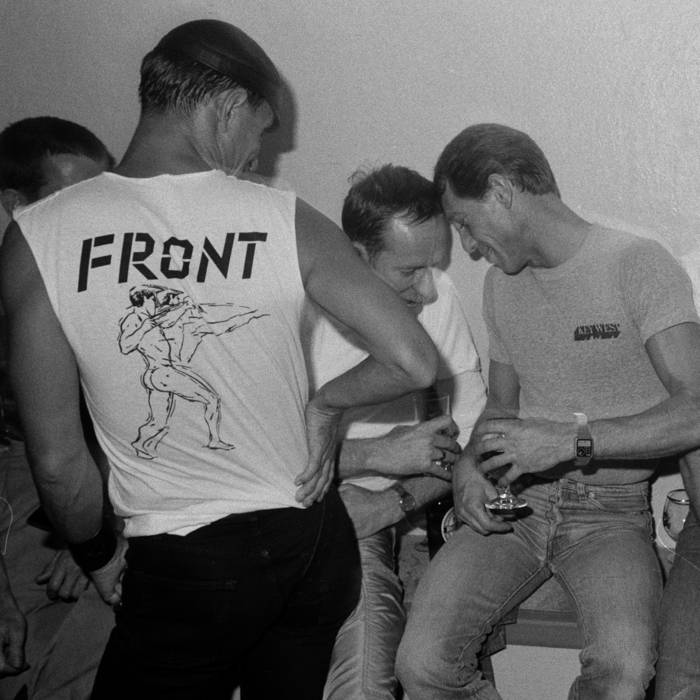 Hamburg’s Front club was already the stuff of legend, when it was still open. When I was teenager on the outskirts of Frankfurt in the very early nineties - and before the name Klaus Stockhausen rang a bell - Boris Dlugosch was not only at the helm of said club, but also one of Germany’s finest purveyors of house music. Front was his home as well as the playground for a colourful bunch of club kids from all walks of life. Its roots went back to the eighties as a gay club and it branched out to anyone who couldn’t „even dance straight “.
The rumours about this club were strong enough to get people like Playhouse’s Ata on a road trip and have youngsters like me fantasizing about it. The musical menu during that time was the monster house sound from the US and the UK that rotated deepness with hysteric glamour.
Of course, Front’s sound was finely nuanced. Boris Dlugosch learned his craft from Klaus Stockhausen, who stopped his DJ career in 1992 (because - as he told me in an interview about ten years later - „every Bratwurst wanted to be a DJ all of a sudden“) to pursue a career as fashion editor and stylist. Stockhausen’s thing as a resident (which actually meant to play at ONE club EVERY week during that time), was a mixture between electro, US-American R&B, British street soul, new wave and the emerging house sound. If you manage to dig up old recordings on the internet (a musical diet I lived on for a few years), there are striking similarities to the way classic US-American DJ would play, while adding a fierce uniqueness that won’t let it pale in comparison. On the contrary, the sound of Front is one of the most interesting, you will ever lend your ears, too.
So, why a Front mix and compilation 21 years after the club closed its doors? On the one hand, because it’s story hasn’t been told yet and it’s worth telling. On the other one, German clubs like Robert Johnson or Berghain - as divergent as they might are - both resemblance Front’s spirit, diversity and musical open mindedness. And finally, because dancing is still fun.
Even, if putting a compilation like together this took over one year in the making, is peppered with licensing horrors and other obstacles to dreadful to share them here, we are happy to have it done. Spread over a double-CD and two compilation LPs that are mainly chronological, Klaus Stockhausen and Boris Dlugosch picked and mixed some of the club’s most cherished records and sweetest moments. This is the sound of Front. And even, if I was never able to move my feet on its dance floor, I for one would be a very different DJ without it. I hope you enjoy it as much as I do.
Gerd Janson

If you like Running Back Mastermix: Front By Klaus Stockhausen & Boris Dlugosch (DJ Mix), you may also like: