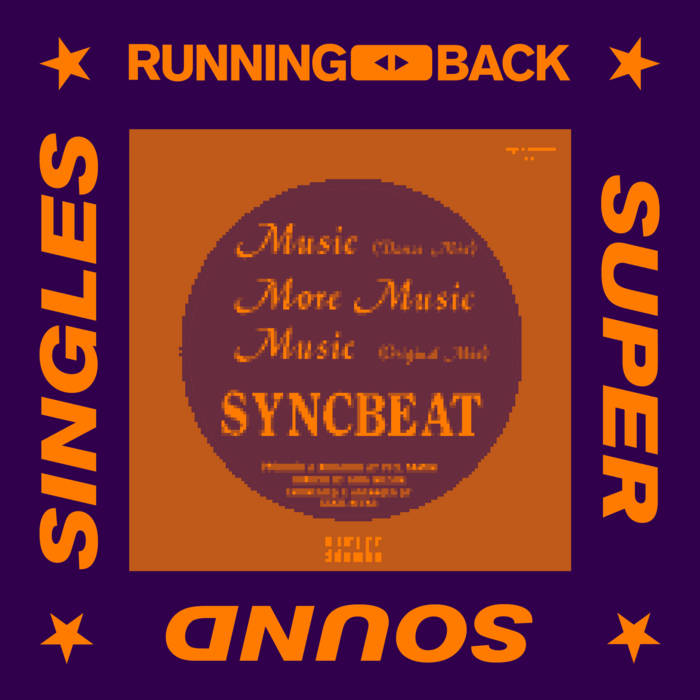 When I first stumbled across mix tapes out of Hamburg's seminal Front Club (with Klaus Stockhausen and Boris Dlugosch at the helm) during the glorious and carefree early days of the popularized internet, there were certain tracks on them that struck a chord and had me rewinding the mp3-player.
In fact there was one specifically, I couldn't stop listening to. The mixture of an infectious bass line, a super sharp snare, “music” and “harmony” vocal snippets, happy claps and synths lines that evoked pictures of a convertible going down a coastline, and - to top it all off - a tribal chant, was irresistible. After some intensive track-id-hunting pre-shazam, I found out that the heaven-sent hymn was Music by an act called Syncbeat. Originally released in 1984 during the craze that was called UK Electro via Street Sounds resp. Streetwave and later licensed to German omnivore Zyx Records. A joint venture between the Electro-Funk mastermind,DJ pioneer and edit maestro Greg Wilson as well as Manchester musicians Martin Jackson & Andy Connell, it is exactly that type of dance track that eludes any classification – as you can see from my description above. Or to cite Greg Wilson himself from one of his essays on the subject of UK electro: “The track that received the best response was “Music” by Syncbeat, which was full of good vibes and could have easily been re-vamped down the line as a House track.”
34 years later down the line, and in the wake of mix-cd-compilation by Stockhausen and Dlugosch portraying those divine years at the Front, Music is available again for the second time on this planet. Carrying all three mixes of the original and equipped with an extended Re-Mix, a bonus beat and a tribal reprise all perfectly conceived executed by Boris Dlugosch, this like a dream came true and a welcome addition to the Super Sound Singles series on Running Back.